I always said, sometimes history should not repeat itself. This is my opinion for Woodstock 50. This event has been in trouble from the beginning and maybe it's time to say maybe it wasn't meant to be. Read the latest development from RTT Music News. Woodstock 50 has reportedly released all artists who were scheduled to perform at the music festival from their contracts. Representatives for the festival and organizer Michael Lang sent emails to the artists' agents informing t 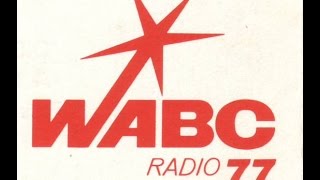 While working at traditional FM radio stations, I had little to no choice of what to play. There are a few reasons why terrestrial radio seems so boring, The same songs all the time,why? Two main reasons, consultants and advertisers. In my experience, when you hear that a station hired a consultant, you could rest assure that their playlist will be chopped to bits. I used to ask some of my Program Directors why certain songs which charted well in their day could not be played

Carol King Musical is Coming to an End on Broadway

T he Broadway Musical Beautiful, based on the life of celebrated jazz artist Carole King, will be drawing to a close, with its very last performance scheduled to be held on October 27, 2019. Produced by Paul Blake and Mike Bosner, the bio-musical, which has been on the stage since early 2014, has grossed a total of $259 million in its nearly 6 years at the Sondheim Theatre on Broadway. The show paints a vivid picture of the 10-time Grammy Award-winning 77-year-old singer's li

A Great Concert By A Classic Country Performer

It's hard to believe that it was 34 years ago that I walked out onto a stage at a venue in Sussex County,NJ to introduce Reba McEntire! I worked for a country radio station at the time and the station was hosting the event at the Sussex County Vo Tech! I was very nervous because it was the first time I appeared at a concert and Reba was big. With hits like "I've Got a Deal For You, One Promise Too Late, Little Rock and Whoever's in New England soaring on the country charts I

We all know the we are experiencing a real surge in the growth of internet radio stations all over the world. Here's the latest report for Market Watch.com. Market Scenario: In internet radio market, digitization and mobility is one of significant factor driving the market. Internet radio has become an important distribution channel for music industry and is boosting the market for advertiser by becoming important marketing channel. According to the study, the subscription an

Adapting to a New Way to Listen to Music

Remember the days of the transistor radio, the boom box, the multi-component stereo systems in our homes? These times are all but gone. We can ask a mobile device like an Amazon Echo to play any of thousands of stations or any genre of music. We can download an app to our phones or mobile device that contains thousands and thousands of radio stations. We have services like Pandora or Spotify where we can program our own music. So where does that leave traditional FM radio? A

Radio Automation Can Be Boring

Internet radio offers thousands of different kinds of stations and music formats. Have you ever listened to an internet radio and asked yourself "What am I listen to and why am I listening to this?" Many stations will program music that makes no sense. There is no or very little imaging and it seems that one minute you're listening to country and the next minute you're hearing hard rock. You attempt to change the station but there is such a huge selection, you can't decide

Amid Farm Crisis, Farm Aid Is Returning to Wisconsin

Farm Aid is returning to Wisconsin on September 21 to lend a helping hand to farmers during a time of severe crisis. Farm Aid's annual music and food festival will return to the heart of dairy country at the Alpine Valley Music Theatre in East Troy, Wisconsin. Tickets go on sale to the public on Friday, July 12, at 10 am CDT. Ticket prices range from $54.50 to $249.50. The lineup includes Farm Aid board members Willie Nelson, Neil Young, John Mellencamp and Dave Matthews. Oth
1
2
bottom of page