Whitney Houston's I will Always Love You Certified Diamond

Artists are now demanding that politicians get permission to use their songs at rallies. The has not been done and has prompted the formation of a new group. Here's the full story from RTT Music news. An all-star group of artists have signed an open letter protesting the use of their music at political rallies and other public events without seeking their permission. "As artists, activists and citizens, we ask you to pledge that all candidates you support will seek consent fr

Edgewater Gold Radio is pleased to announced the addition of the Musical History Tour with Ronnie Sevean on Edgewater Gold Radio. The show debuts on Sunday, August 2nd and can be heard from 7pm - 10pm eastern time. The Musical History tour will take you on a fantastic journey and cover a large variety of music crossing multiple genres. The show will usually be theme oriented and will not only entertain you but inform you as well! Ronnie is extremely knowledgeable and brings a 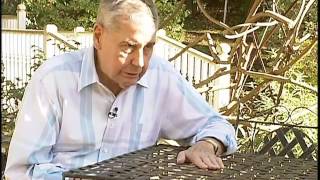 Remembering The Man Who Sparked My Interest in Radio!

Fifty Two years ago, I got the bug to get into radio. Each morning I would wake us to the voice of Harry Harrison on WABC. His genuine style along with the music he played made me always feel safe and positive. He never degraded or said anything derogatory about anyone. Listening to him always made me feel that he had a personal connection to his listeners. I wasn't wrong. He answered every letter that I wrote to him and invited to his show twice. I was honored to have met hi

It's the 70s Party Train tonight at 5PM on Edgewater Gold Radio. We feature four hours of seventies music plus tonight we will be talking about some of the inventions that came out in the 1970s that you may not have realized were from the 70s. Join us every Saturday for the 70s Party Train. We strive to preserve the great music the baby boomer generation grew up with. Take a little trip back with us through the decades all the time by listening to Edgewater Gold Radio!

After over 50 years, the Beatles are still a top selling rock band. They are currently the to selling rock band of 2020 so far. That really says something about the older music! Here's the full story from RTT Music news. The Beatles are the top-selling rock band of the first-half of 2020. The iconic band sold 1.094 million units from January through June, including album sales and album equivalent units (via song downloads and streaming), according to Nielsen's Mid-Year Repor

Talk To Your Listeners

I was scanning some internet radio stations the other day and I noticed the same thing over and over and over. Music music music Jingle music music music. At one point I heard three songs in a row then a temperature check. It sounded like this right out of a song. "It's 85 degrees" and that was it then right back into another song. Very very bad programming! I know many people run internet radio stations as a hobby but if you don't try to reach out to your listeners, what's t

Queen hits another milestone in the UK. Here's the story from RTT Music news. Legendary rock band Queen's Greatest Hits album has passed a major milestone on the U.K.'s Official Albums Chart, becoming just the third album to spend at least 900 weeks in the Top 100. The compilation album, which was released in 1981, is currently at 901 weeks in the Official Albums Chart Top 100, according to the Official Charts Company. Queen's Greatest Hits is only behind Bob Marley & The Wai

Don't Get De Frauded in Today's Complex Online World! -----I Did!

Most of us love great technology but when something goes wrong we are usually stuck holding the bag. Since mostly everything is done on online, companies Customer Service is also online. The only problem is that it avoids contact with a real person. When you try to navigate the complex menus as you desperately search to find a contact number or e-mail, we are usually left scrambling around until our heads are about to fall off! The bottom line is that large companies don't w

Concerts are Looking Quite Different this Summer

Summer is a time for outdoor concerts at one of the many great venues around the country but this year will be much different. Gathering in large crowds is a "no no" due to the Coronavirus that has devastated this country. Cases are surging but businesses are opening up hopefully taking the proper precautions. One of the main venues for outdoor concerts here in southern Delaware is the Freeman Stage. Here's an article that appeared in the Cape Gazette highlighting how the v

Many artists are expressing their displeasure with President Trump using their music at his rallies and rightfully so. Add Neil Young to the list. Here's the full story from RTT Music News. Neil Young has expressed his frustration at President Donald Trump using his music during a Fourth of July rally at Mount Rushmore last Friday. Two of Young's songs, "Rockin' in the Free World" and "Like a Hurricane," were played during the president's rally that day, and Young took to Twi
1
2